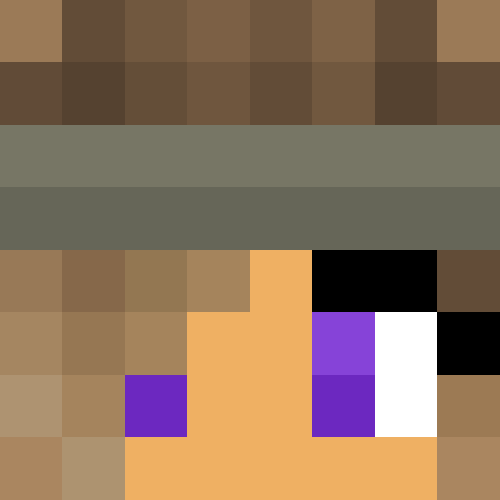 _Starrr Admin
There are no wall posts here yet.
Registered:about 1 year ago
Last Seen:11 months ago
Profile Views:1165

This user has not added any about fields yet.
Latest Posts: 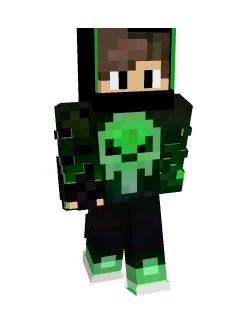 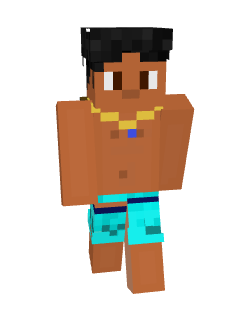 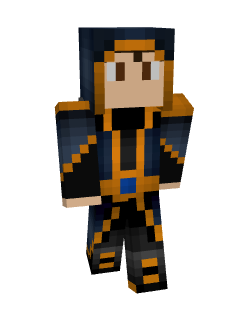 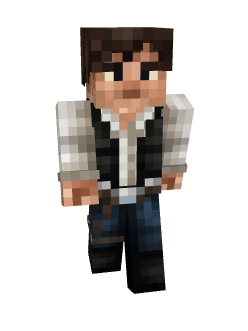 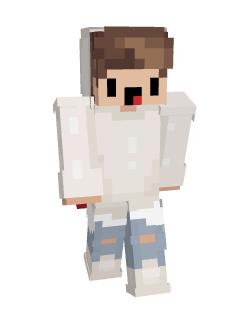 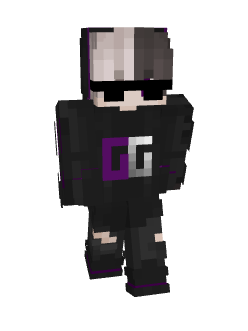 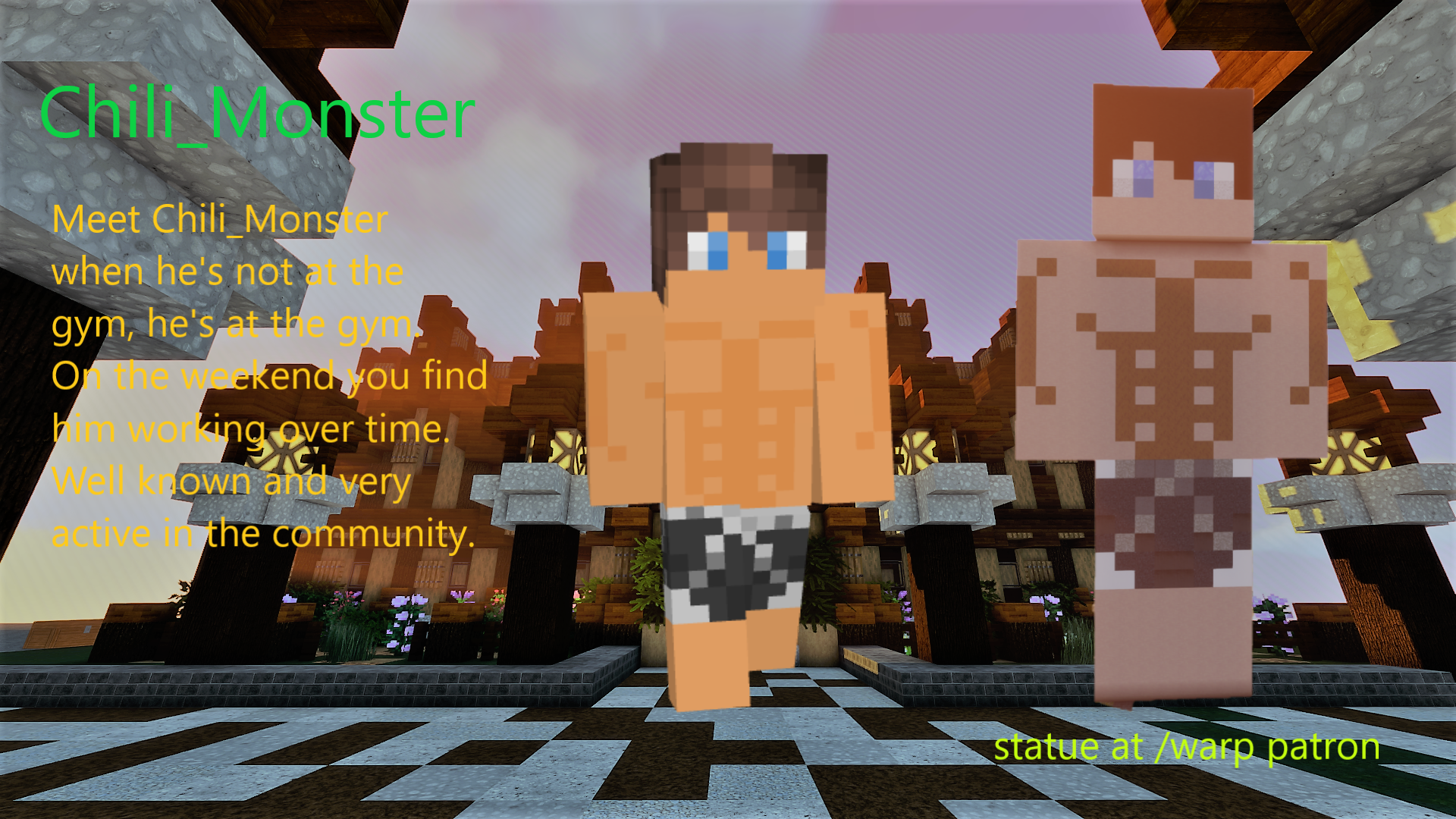 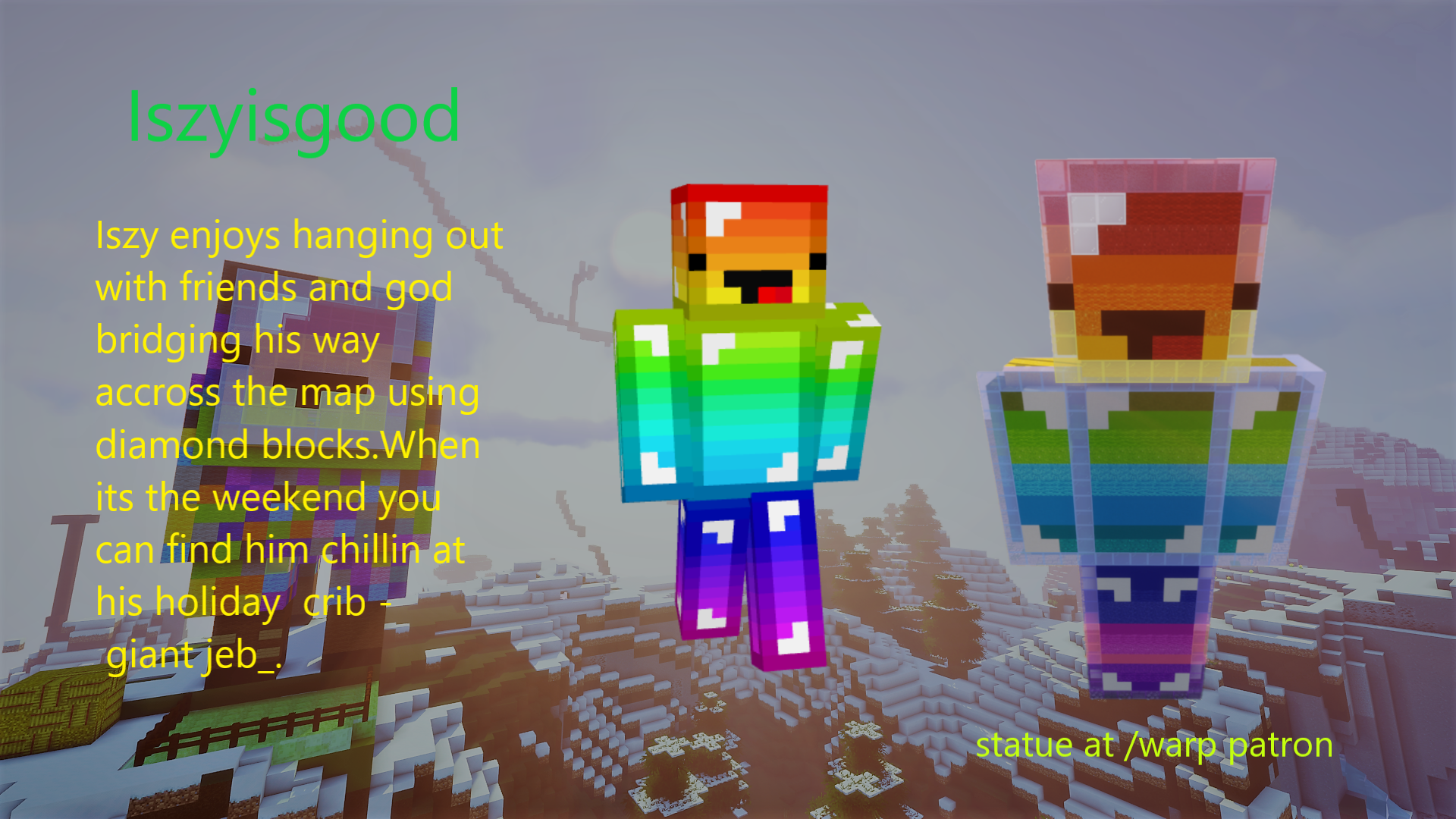 /warp patron is currently closed will be back soon!

PATRONS about 1 year ago

Social Media Advertisement: (Warning > 12hr mute)
Advertising yours or someone else's social media is not allowed.
( Youtubers and Streamers please contact an OWNER or ADMIN directly via discord. )

Unintentional Advertising: (Verbal warning >6hr ban>24hr ban> Permanent ban with appeal)
Talking about another server in main chat or in DMs is not allowed.

Blatant Advertising: (Verbal warning > Permanent ban without appeal)
Advertising someone else’s or your own server in any chat won't be tolerated.
(This includes IP address, server name, Discord, etc) Hypixel is the only exception. Everyone plays Hypixel :)

Inappropriate Links: (Ban at admin discretion)
Inappropriate links that lead to websites, Artwork, Videos, And photos that are not NSFW and PG 13.

Inappropriate Name: (Permanent ban until changed)
Inappropriate names classifies as a name that doesn’t follow all of our rules.

Inappropriate Auction House Items: (Warning + Deletion of item > 6hr Ban > 24hr Ban > 7d Ban)
Inappropriate auction house items that don’t follow all of our rules won't be tolerated.
( Spamming the auction house with items is not allowed and you will be asked to remove them. )

Staff Disrespect / Server Disrespect: (Warning > 24hr Mute > 3d Ban > 7d Ban > Permanent Ban with appeal)
Disrespect toward staff members will not be tolerated. Staff members are there to help you and other players on the server, Not to be disrespected. Disrespecting the server as a whole will also not be tolerated. This includes but is not limited to discussing previous punishments and direct messages to staff. Please appeal using correct methods via the forum/discord.

Hate Speech: (14d Ban > 30d ban > Permanent Ban / with appeal)
Homophobic, Racist, And any kind of hate speech will not be tolerated.

Impersonation: (Punishment at admin discretion)
When a player is attempting to impersonate another player or a staff member through /nick or any other method.

Hacked Client/Disallowed Modifications: (warning up to 7dban >7d-14d ban > 30d Ban > Permanent Ban with appeal > Permanent ban without appeal)
Please check out the thread on our forums about Allowed and Disallowed Mods. If you are proved to be hacking or exploiting the game your entire ECO and MCMMO balance will be wiped and reset! We play fair here!

Chargeback: (Permanent Ban without appeal)
Forcefully refunding a purchase on the SurvivalStar store.

Macros/Scripts: (Kick > 2hr Ban > 7d ban > 30d ban)
Anything that loops commands or automatically performs tasks for you without having to do anything is prohibited.

Exploiting/Duping: (Punishment / Ban at admin discretion)
Exploiting any glitches, Duping, Etc will NOT be tolerated and will be punished on Admin+ decision.
( Any information that leads to discovering an exploit or duping glitch will be greatly appreciated! )

Third-Party Trades: (7d > 30d ban > Permanent Ban with appeal > Permanent ban without appeal)
Paying real-life money to players for in-game items, services, or any other kind of service or benefit is not allowed.

Mute Evading: (IP Mute twice the length of the original mute > Permanent IP Mute with appeal)
While you are muted, You are not allowed to talk on signs Or use any kind of glitch to talk in chat. This includes logging on with an alt account and talking in any chat.

PVP exploit
1)  Exploiting PvP rewards system: (Warning > 24hr Ban > 7d Ban > 30d Ban)
Kill farming another player or your alt account to get PVP rewards won’t be tolerated.
2) Abusing PvP Regions: (warning up to 24hr>3d>7d Ban > 30d Ban > Permanent Ban with appeal )
No pushing players out of claims, into PVP arena, or tping a player into PVP arena. This will be punished under tp killing. Do not jump out of the PVP arena. If you get kicked while exploiting you will drop your items and it will NOT get them back unless the warning/ban is reversed.

Alt limit: (Warning > 7d Ban -> 30d IP ban)
Each player is allowed to have up to 5 accounts online at the same time. Trying to bypass this limit with proxies or a VPN is not allowed.

Nickname Rules:
You can customize your nickname however you like if it is within the rules. Maximum 16 characters. Flashing letters/numbers and symbols however Are disallowed.

Rule Bending:
Finding loopholes or faults in the rule system and abusing them is not allowed.
However, If you happen to find a loophole or fault in our rule system, Reporting them to an admin is greatly appreciated.

Rules are subject to change at any given time. ( You will be notified on DISCORD #Updates about the rule change.)
And punishments may vary depending on the severity and player history.

NOTE:
If you have any questions regarding the rules, please contact a staff member on DISCORD or in-game.

GLOBAL about 1 year ago

These rules are NOT definitive. Meaning they are a guide to what is not allowed on the Network.
NOTE: If you have any questions about the rules, please contact a staff member on Discord or in-game.

AutoFarms:  (Warn 24hrs to dismantle>1d ban> 3d ban > 7d Ban -> 14d Ban > 30d Ban > Permanent Ban W / appeal )
Auto farms are NOT allowed, NO pumpkin, NO melon, And NO Sugarcane. Definitely no 0-tick.
NO AFK FISHING, If anyone is caught AFK fishing ALL MCMMO will be removed and you will be punished under Auto-farm rules.
Semi-Automic farms are allowed eg: Wheat farms planted by hand-harvested by water
If you are unsure whether something is allowed or not just ask staff, We are happy to help.

Claim killing: ( Warn>24hr ban>3d ban & removal of PVP stats > 7d Ban > 14d Ban > 30d Ban > Permanent Ban W / appeal )
Attempting to kill someone in claimed land, using any method, such as explosive bows, fishing rods, lava, fire etc, is not allowed and will be punished under the "tp killing" rule. on 3rd offense, you will have PVP stats reset. All items will also be returned to the player.

Claim Trapping: ( Warning > 24hr ban > 3d ban > 7d Ban )
Claiming around someone's land purely to trap them in is not allowed and your claim will be removed WITHOUT a warning.

Scamming/Stealing: ( 24hr Ban > 3d Ban > 7d Ban > Permanent Ban W/ appeal )
If you trade with a player and do not give them the promised goods ( Work, Builds, Star gems, etc. ) you will be punished and the player's goods will be returned to them.

Lands inactivity: If you are inactive for 60 days, you will be removed from your Lands. If you are the leader, land leadership will be passed to the next highest-ranking member.

Glitching into bases: ( Warning > 24hr Ban > 3d Ban > 7d Ban )
Using any method of glitching such as chorus fruit, block glitches, or ender pearl glitches to get into sealed-off bases is not allowed.

No land name is allowed to start with “ RE “ Due to a glitch.

Punishments and offenses are a guide for players. Actual punishments are at Admin's and Owners discretion.

ELYSIUM about 1 year ago

Please use your brain! If you think something might be against the rules don't do it or tell people about it just message a staff member.

Keep Content Appropriate: No excessive swearing, No threats or insults, No harassment, No discrimination or hate speech, No inappropriate language-names-nicks-pictures-memes-profiles, No discussion of anything sexual or of sexual-NSFW nature.

No Advertising: No advertising any other Minecraft servers, Discord servers, or social accounts, This includes Links, photos, videos, streams, voice or text.

No Spamming: This includes but is not limited to links, social pages, text, and voice.

No Ban Evading: You will be Banned from our Discord server if you are PERM banned from our Network. Ban evading will NOT be tolerated.

No sharing personnel information: This includes but is not limited to information about yourself or others. This keeps everyone safe online and IRL!

No one under the age of 13 to be on this server at any time! You will be Permanently banned even if you say something as a joke!  No Advertising: No advertising any other Minecraft servers, Discord servers, or social accounts, This includes Links, photos, videos, streams, voice or text.

DISCORD about 1 year ago